If you’ve seen Call Me By Your Name (or paid attention at all to the previous award season), you know the name Timothee Chalamet. No? Well, here he is: 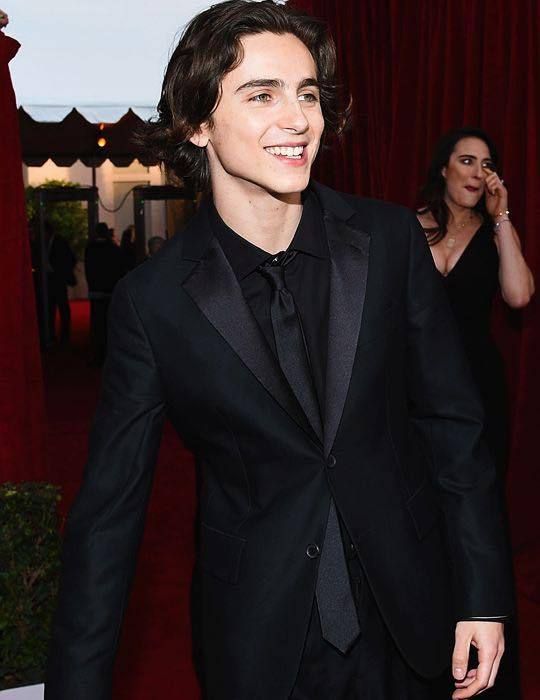 He’s freaking beautiful, okay? And intelligent and endearingly awkward in interviews and extremely talented. He speaks FRENCH, for Christ’s sake. He was at the Oscars for Best Actor, the youngest nominee in that category in almost eighty years. Ever since watching him play precocious Elio in Call Me By Your Name, I’ve been a fan, which is easy considering he’s active on social media: a universe where Benedict is noticeably absent.

Due to Timothee’s social media activity, we fans know things. Since we’re all obsessed—men and women of all ages alike—we play detective and figure things out. The paparazzi have been annoyingly helpful, too. Thanks to them (and Timothee’s Instagram), we know the following:

I applaud the guy. I mean, shit, he just lived through award season, winning thirty-three big trophies for his role as Elio. He wore designer suits and walked every red carpet and smiled and smiled and shook hands and … I’m exhausted just thinking about it. He deserves to take a few months off to party, because—lest we forget—Chalamet is twenty-two.

Some fans have responded harshly, worrying about what drugs he might be doing, the sex he might be having. Worrying that he’s going to trip and hurt himself. People are screaming, “He must be protected!” Right. Okay. Time travel with me, would you?

When I was twenty-two, I was still in college. I was consistently getting drunk and dancing with strangers in bars. I didn’t have a job lined up after graduation. I slept until I literally had to go to class and did laundry once a month maybe. I lived on pizza and beer. One night, my girlfriends and I even had a contest to see who could kiss the most dudes in one night. I won with seven.

Some fans have seemingly forgotten what it was like to be a freaking kid. Granted, Timothee is an Oscar-nominated kid who might get another nod this year for his role in Beautiful Boy, but he’s still a child. (A sexy adult child, but you know what I mean.)

People—media included—need to cut him some slack. We’ve seen it happen a million times before: young actors getting all messed up and ending up in rehab by thirty. Do I want this sob story for Timothee? No. But maybe part of the reason young stars end up screwy is because they never get a chance to be kids and just have fun. They don’t deserve the pressure of being held to a higher standard. They’re just growing up, going through the same motions as all of us.

As Timothee has said in interviews, the male brain doesn’t fully develop until twenty-five, but young stars are under intense scrutiny, which I imagine is terrifying. God, I shudder to think what my life would be like if I’d had cameras pointed at me in college! I’d probably be in jail.

Should young stars be expected to hide in their homes, spending their nights reading philosophy while avidly not enjoying a cocktail? Hell, no. My advice to Timothee Chalamet: have fun, man! When you’re not working, party with cool people and experience life. Get laid! Get drunk! Post ridiculous dancing videos on Instagram. You might be alarmingly successful right now, but work hard, play hard.

I feel so blessed for the life I’ve led, experiencing fully every age. When I was twenty-two, I lived it up. (I still live it up.) I hate to see anyone forced to grow up too fast. It’s important to enjoy being young. Enjoy being thirty. Enjoy being forty! You get the idea. So everyone just chill and let Tim be Tim. (I still love you, Benedict.) 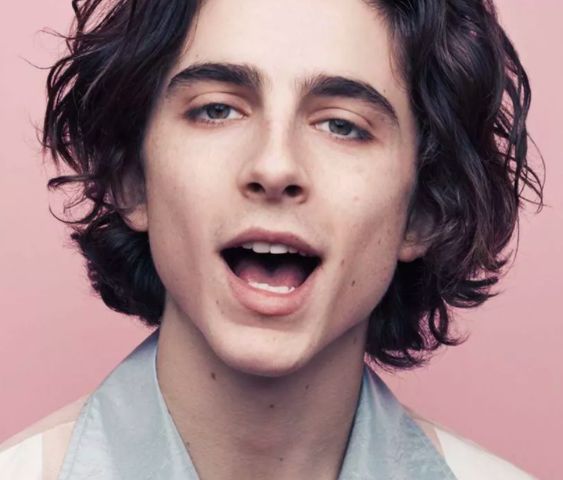