As of last night, we’ve come to the end of an era. Although some reviewers have been saying things like “this certainly can’t be the last season” of Sherlock, I disagree. Last night’s episode, “The Final Problem,” was indeed the final episode—and the show’s creators, Gatiss and Moffat, had been preparing us all season long.

Well. I say “all season,” but it’s not like we had ten episodes. No, as Sherlock fans, we always only get three, but, in the case of this final season, the three episodes were really just one long episode that culminated in fully developed characters and plot lines decisively closed.

I won’t get into the nitty-gritty. If you watched all of season four, you know what happened (good and bad). After last night’s episode, my husband expected me to be sobbing. I wasn’t. In fact, I was grinning like a goose, possibly relieved that everyone important lived, possibly because the final montage was just so damn cheerful. It took hours for me to wind down from my Sherlock high.

This morning, I reassess as I take a look back at season four in its entirety.

The first episode, “The Six Thatchers,” was brilliantly acted, had a kick ass Cumberbatch fight scene, and killed off one of the show’s lead characters. The second episode, “The Lying Detective,” was arguably the best of the entire series (despite poor Sherlock looking like a beat up drug addict for its duration). “The Lying Detective” is the episode that will win this show awards. Awards should, in fact, be thrown at Cumberbatch and Freeman’s feet for that episode and no one could tell me otherwise. 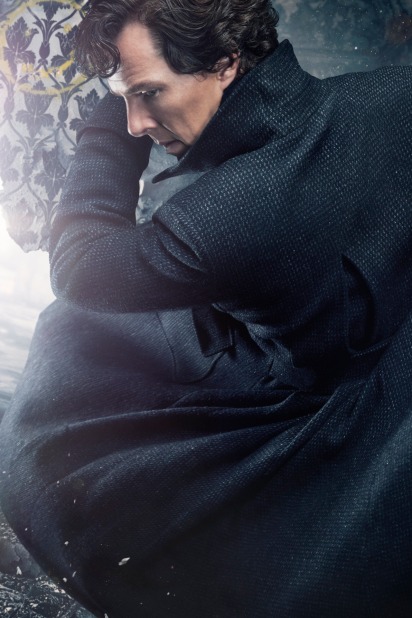 Then, “The Final Problem” premiered. I loved the casting of Sian Brooke (I adored her as Ophelia in Cumberbatch’s Hamlet and really enjoy seeing them work together). The revelation of a secret psychotic sister was brilliant. Despite the amazing, again, emotional performances from not only Cumberbatch and Freeman but also Gatiss and Brooke, the episode took suspension of disbelief to a whole new level with its escape room tactics and melodrama.

The further revelations into Sherlock’s childhood were heart-wrenching (as was that tragic “I love you” moment between Sherlock and Molly). Yet, in the end, everything was all right. Sherlock even managed to save his crazy sister via the medium of music. They could finally “play” together.

“The Final Problem” wasn’t my favorite episode. I haven’t read many reviews yet today, and I don’t plan to. I don’t need to. I also haven’t perused Tumblr, because I know the Johnlock hordes are going to be up in arms over the fact that John and Sherlock never kissed and the series is over. Resolutely, the series is over, although for the Johnlock shippers, it could be argued that John and Sherlock are some sort of couple—platonic—as they are back living together and raising a child while Sherlock apparently balances the women who try to love him: Molly and Irene Adler. More importantly, they’re back to being the crime fighters of Arthur Conan Doyle canon.

What mattered most to me in season four was the character of Sherlock and not only because I’m singularly obsessed with Cumberbatch. The show is called Sherlock, after all. The show is about the man, his friends background noise to the great detective’s struggles.

As a writer, I was impressed with what Gatiss and Moffat achieved with Sherlock’s character development. We all remember the coarse man of season one, blind to social graces. In season four, we find a man who has learned to love his friends, protect his friends. He was so soft, even giving a comforting hug to John Watson after the loss of his wife. He saved John. He saved his sister. He even saved his imperious elder brother.

The moment that resounded most was in “The Lying Detective,” after Sherlock’s pained pronouncement of “I don’t want to die” in the hospital bed. It happened while sitting in the quiet warmth of 221B, chatting with John. Sherlock suggested he might come and see John’s daughter, and that moment—that single look—showed how vulnerable our coarse, biting detective had become.

I realize the famed stories of Sherlock Holmes are thrilling mysteries, and from my time spent reading Conan Doyle, he wasn’t huge on character development, which is where Gatiss and Moffat surpass him. This show wasn’t about a calculating, brilliant man solving mysteries; it was about a calculating, brilliant man becoming weak, human, and ultimately, loved despite his flaws—by his fellow characters and by us, the fans.

People are going to complain today that they didn’t get everything they wanted from Sherlock’s final season. I get that. (For instance, I would have liked the reappearance of Irene Adler in the flesh, as opposed to just on Sherlock’s phone, since she is arguably the love of his life.) Despite complaints, we will all remember this show fondly for not only introducing many of us to Benedict Cumberbatch but for introducing us to a new Sherlock Holmes: a man riddled with demons and yet fighting to keep them at bay for the sake of the people who love him.

As Sherlock perceptively said, “Taking your own life. Interesting expression. Taking it from whom? Once it’s over it’s not you who will miss it. Your own death is something that happens to everybody else. Your life is not your own, keep your hands off it.” Thanks for sharing your “life” with us, Sherlock. It was one hell of a ride, and we will indeed miss you an awful lot, you beautiful bastard.

4 thoughts on “Sherlock and Our Final Problem”