In the Fall 2013 issue, Mary Baldwin College’s literary magazine, Outrageous Fortune, published an excerpt of my novel, Damned if They Don’t. So many thanks to them for enjoying my work, and here’s to 2014 – a new year of inspiration and publication.

Novel Excerpt: Damned if They Don’t

After their early morning dance practice for the College of Charleston’s presentation of Cabaret, Cleo and Alessa stepped into the October sun.

“Ah.” Cleo sang the word like the first note in Act Two. “Now, this is what I’m talking about. Crisp and cool.”

They were both chorus members, which had at first been a blow to Alessa’s experienced ego. Then, as the graduate school workload steadily increased, she saw the casting snafu as a blessing in disguise.

“Where are we meeting Emily for brunch?”

Of course, Cleo and Emily were practically in love. As soon as they met over drinks at Social Wine Bar on East Bay, the friendship was cemented. Together they bemoaned the dating scene in Charleston, because although there were plenty of eligible bachelors, most of them turned out to be untrustworthy asshats. They thoroughly disagreed on the topic of Graydon. Emily still found his persona deplorable, while Cleo was charmed down to her toes by the tall, brooding musician. Alessa, of course, fell somewhere in between.

She reached for her phone. “Emily was going to text me when she woke up.” She looked at the screen. “Why do I have three missed calls from Graydon?”

“It’s ten AM on a Saturday. Shouldn’t he be hung-over somewhere?”

“One would think.” Just as she was about to call him back, her phone rang again. “Graydon?”

“Hello.” He sounded out of breath.

“I’ll be there in five minutes.”

“Wait. Cleo and I are going to …” She held the phone away from her ear and stared. “He hung up on me.” Alessa looked back at her phone. “Emily says to meet her at Virginia’s on King. Apparently they have a mimosa special today.”

“Graydon said he’d be here in five minutes.” She shrugged.

“What, is he gonna propose or something?”

“I’m waiting until he gets here.”

“You don’t have to. Emily is probably already at Virginia’s.”

The stern look on Cleo’s face told Alessa not to press any further. It wouldn’t have mattered. Graydon showed up across the street in three minutes flat.

Cleo scoffed. “Does his hair always look that perfect?” 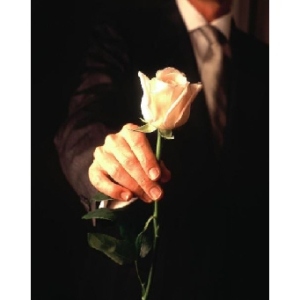 He almost got hit by a car crossing the street, which made both the girls scream at him, and of course, he took a moment to cuss out the driver. He arrived on the sidewalk, and despite their hours of dance practice, he was actually covered in more sweat than either of the two women. Alessa pulled a hand towel from her gym bag and dabbed at his forehead and cheeks.

He gave his familiar glare, complete with lowered brows and strong set jaw.

“Cleo, why don’t I just meet you and Emily at Virginia’s?” Alessa opened her eyes wide, giving the expressive equivalent of, “Get the hell out of here. Please.”

“Fine.” She winked at Graydon. “You look sexy covered in sweat.”

Alessa agreed, but she wasn’t going to say it—not with the way he was behaving. Obviously he had screwed up, but what was there to screw up anyway? After four months of dating, they still didn’t use titles, no boyfriend-girlfriend. He still slept with other women, and sometimes they didn’t speak for days at a time, despite the fact that they worked in the same restaurant. She’d given up on anything normal with Graydon a month earlier, when another woman kissed him right in front of her. Now this? What, had he gotten someone pregnant?

He cleared his throat. “These are for you.”

She took the extended roses. “Thank you.”

“I woke up this morning in the bed of another woman.”

One thought on “Outrageous Fortune Publishes My Novel Excerpt”